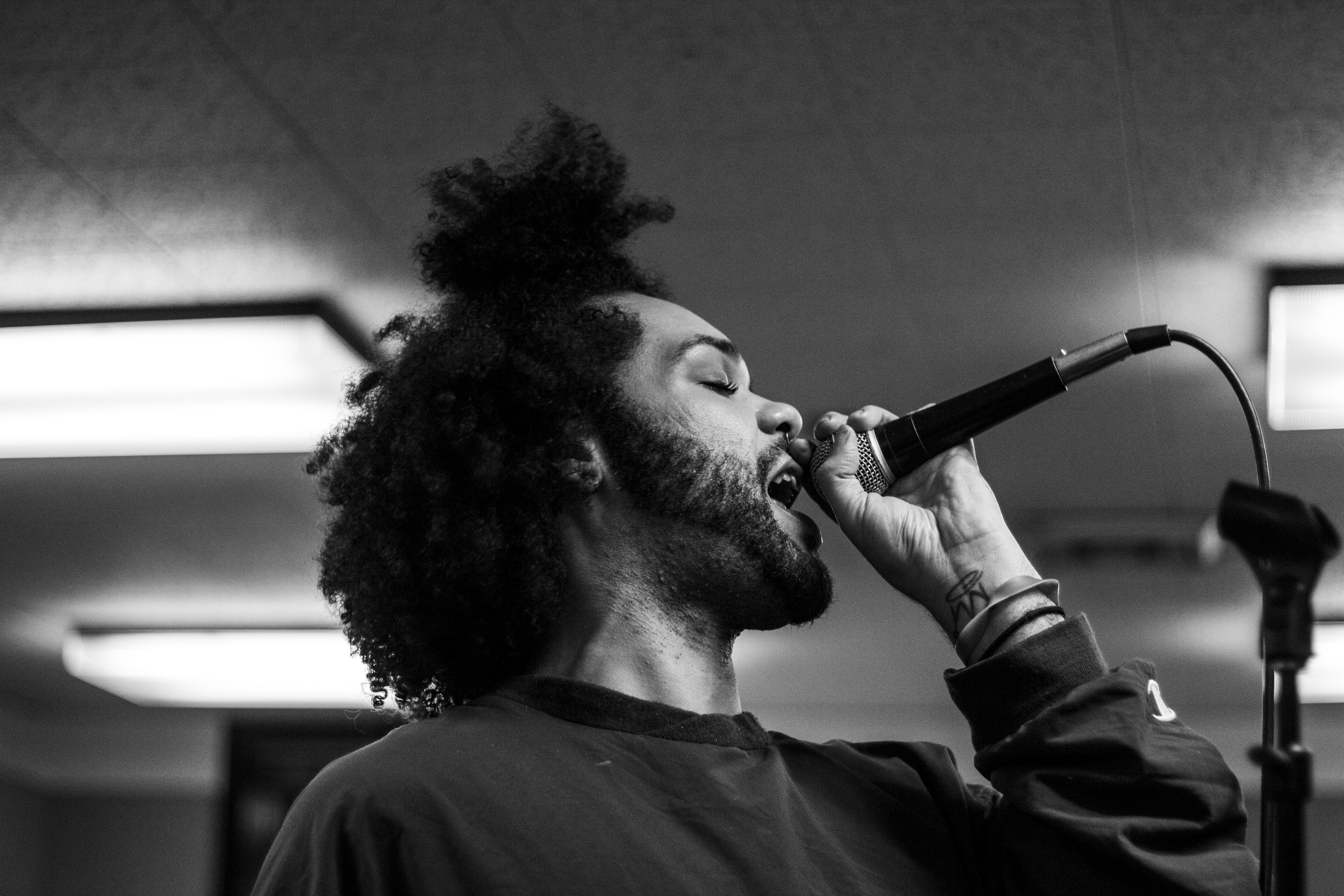 A sunny day in human form is how I would describe Baltimore hip-hop artist, Kotic Couture.  I say that because he is definitely a joy to talk to and more of a joy to watch perform. He is a rebel against the norms of the hip-hop genre, daring you to take a venture into his uniquely composed bars. I admire Kotic‘s fearless style and strong voice when it comes to societal issues. It was a pleasure to engage in meaningful conversation with him.

S: So, you can start by giving you name, your age, where you’re from, and any extra stuff that you want to give (laughs).

K:  My government or my stage name?

S:  Whatever you feel comfortable with. We’re probably going to put your stage name in the article.

K: So, it’s Kotic Couture. I am 26 and I am originally from Eastern Shore, Maryland.

S: What is it that you do, creatively?

S: Okay and is that your passion or is it something that may have come from somewhere else, like is this a secondary thing that you want to do?

S: To further that, how did you discover that it was your passion, like what made you say, ‘this is it?’

K: Umm, I think when I got on stage and started performing, it really made me feel good. Going and writing and being able to put the two together, it doesn’t feel like work. Even with other things going into it like rehearsals and picking out clothes for shows, nothing really feels like work and that’s how I know that this is what I want to do.

S: What are some hardships that you have experienced as you’ve developed into your creative niche?

K: Definitely being openly queer, I was doing hip-hop music. Hip-hop is a very homophobic genre so in the beginning when I had to be in the position to ask people for things before I had a resume or anything under my belt, everyone was kind of scared to take a chance. So that was a really tough time when I was coming into my own, but now that I’ve crafted a lane for myself, I really don’t have to ask people for too much anymore. That has subsided a bit.

S: You answered the next question basically, like how you overcame your hardships. Umm, how do you help others with your craft?

K: I believe that knowledge is power, so giving everybody all of the answers that they need, or at least what I know. I believe there is room for everybody to eat. Me knowing the same information as the person next to me isn’t going to stop my grind because we are reaching two different audiences, so I just try to reach out and help everyone to the best of my ability.

S: What makes you stand out in your creative field? What is the unique thing that people know you for?

K: My hair, my makeup, my clothing. People seem to think that I’m more stylish than I actually am. I do think that I have a little bit of style, but my overall look really stands out to people.

S: If you could do anything else other than what you’re currently doing, what would it be?

K: I would probably be some type of motivational speaker or an author. I would definitely want to work within sociology with LGBT youth and things like that.

S: Earlier on, you did say that Lefteye inspired you, but are there any other people who inspire you?

K: Lefteye, Missy Elliot, Kanye West but not with what he says, when it comes to music. I was really inspired by M.I.A, Santigold, Nicki Minaj. The artists who are out there and are risk-takers, I find myself really influenced by them. But mainly coming up, it was Lefteye and Missy.

S: Okay cool. Have you met any of the people who inspire you yet?

K: I really admire Azealia Banks as a musician, and I did get the chance to briefly meet her when I opened for her. I also got to meet K-Swift at Artscape a couple of days before she passed away. I love club music, so she was somebody who really inspired me as well. As far as Missy and Kanye and them, no yet.

S: Cool. What is the most rewarding thing that has happened in your career so far?

K: I think at this point it would be a combination of opening for Azealia Banks and performing my music in California and Toronto, just getting to go to those places. Opening for Azealia, that’s something that I get to say that I did that myself. I reached out to her management, so I got into the venue that way. I got all my dancers, helped with the choreography, and put the whole show together. That’s one of my proudest moments.

S: What do you think you can do a better job at as a creative?

K: I think I can do a better job at getting more in touch with my community, especially in Baltimore City, giving back to the community. Even though I think I run my mouth enough already, I could be more vocal about different issues and use my platform in that way.

S: What do you see yourself doing in the next five years?

K: Within the next five years, I want to be living strictly off of my art and I want to be touring, making albums, and making money off of those albums. Just being out here touching and influencing people.

S: Cool. And to wrap everything up, where can we find your work? Where can we go to keep up with you? Social Media, website?

S: Thank you for sitting with me and talking with me!