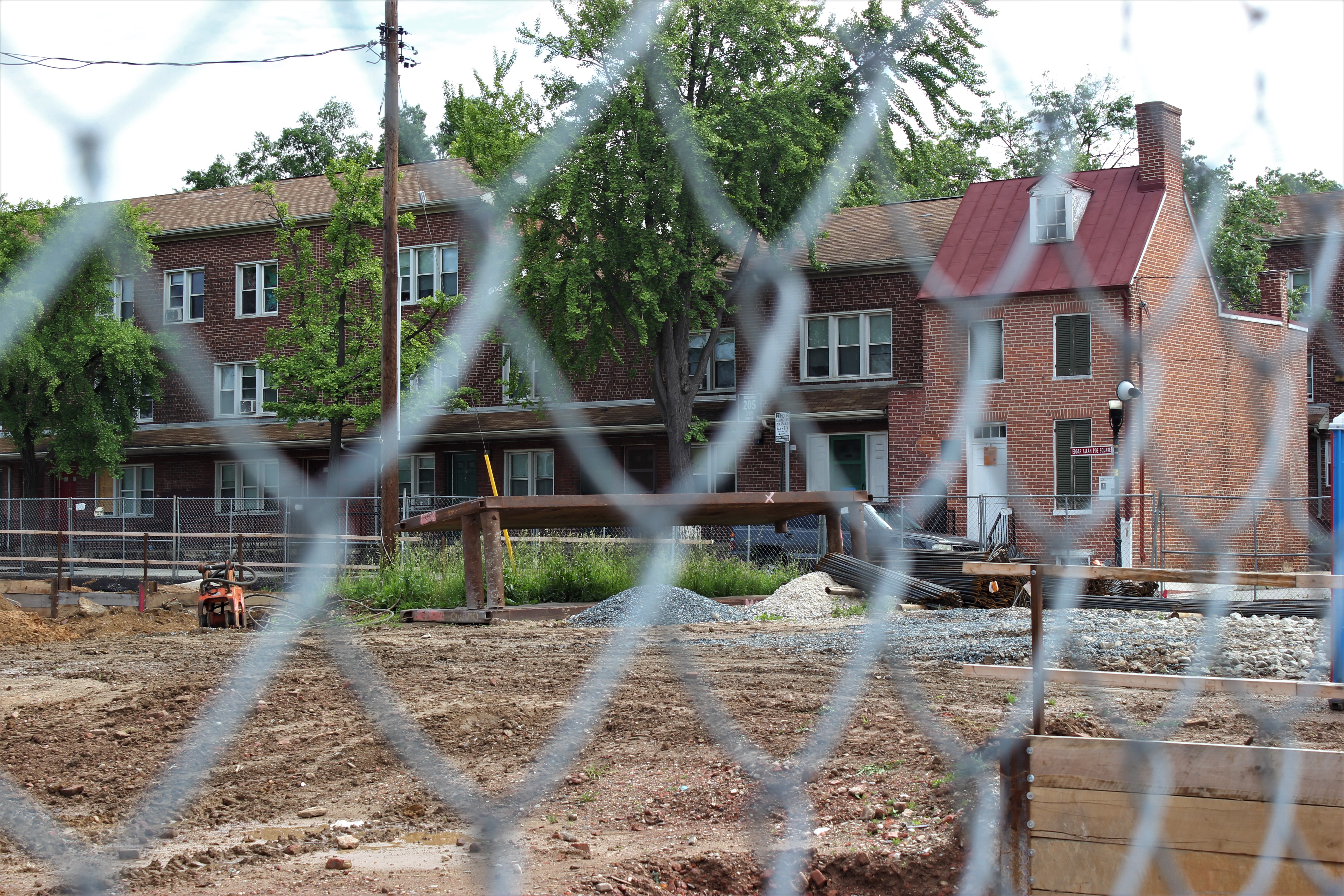 I come from a neighborhood in Baltimore where there hasn’t been much hope for its condition for more than a decade. The area is Lexington Terrace, also known as Poe Homes, and now the Poppleton neighborhood. Regardless of the name, the neighborhood is still poverty stricken. But this will not be for much longer. The drug game has ruled the area for many decades and it has trickled down from the adults to the youth. There are apartments around there that are infested with rodents and the houses that some people have been living in for many decades have not been renovated in any way. Most likely, the houses are in squalid condition. For awhile, no one seemed to care about the development of this neighborhood, or so I thought.

Even though this area and the surrounding areas were seemingly helpless, the businesses continued to boom. No matter what you needed, there was always some place to go. I remember in the early 2000’s word started spreading about the University of Maryland and how they wanted to buy the property in the area. Being as young as I was, I didn’t take heed because I didn’t feel like it would happen or that it would affect me directly. The residents would speculate about how we would all be forced to move out of the neighborhood and into the surrounding counties. I didn’t believe that such a thing could happen. How can you force someone to leave their home? Later in life I would come to the realization that force can come as peacefully as a housing voucher for a nice sized home in a county full of trees and deer in your backyard.

Fast forward to 2010 and my neighborhood began to look like the ones I’d driven pass on the bus. It was full of vacant houses, vacant space, and not a lot of hope. Our favorite corner stores were closing down and being demolished. A lot of businesses were paid to go elsewhere, because who’s not going to take thousands of dollars to flourish even further? It started looking like a ghost-town, and as the businesses moved out, it seemed as if more drugs and crime moved in. There were no more corner stores or hideouts to shield the obvious issues within the neighborhood. Now, we are being forced to face these problems every day and it’s a wound that won’t heal. Or will it?

It’s 2017 now. Two years ago Baltimore was in an uproar and shortly after that the City began to change in so many ways. Crime has been at its peak, the art scene has been flourishing, and gentrification is happening all around us. It’s May and I see that what I heard in the late 90’s and early 2000’s is finally happening. Johns Hopkins was probably the first to completely change a neighborhood that was once for the people and now all you see are college students and doctors in the area of the hospital and school. The University of Maryland basically has done the same thing. Slowly but surely, new establishments started emerging in the “Poppleton” area such as a morgue (a morgue in the hood, how delightful), more patient treatment centers, and it is not stopping there.

Between Saratoga, Lexington, and Fayette street there once stood houses and stores. Fast forward to 2017 and there is an apartment complex in the process of being built to fill the spaces where my favorite stores and houses of friends once stood. It’s so eerie to me how much authenticity is being taken away from a neighborhood that I lived in and hung out in without any worries. Yes, this neighborhood will be appealing once remodeling and rebuilding is finished, but what about the people currently living in it?

Well, goodbye Poe Homes first of all. I’ve always wondered why they surrounded the Edgar Allan Poe House with public housing. You had white people walking this neighborhood scared to death because they were mistaken for high-paying drug customers. Why? I never could make sense of it. I was informed that the Poe Homes will be no more eventually and the people who occupy the residences will be given housing vouchers to move elsewhere. Where to? I am not sure, but I assume it will be far away from the “medicine” town they are building. That is where I worry. It’s good to make the neighborhood look better, but to do it and not have it be in the favor of the residents is pretty fucked up. There are people who have lived their full lives around here and for them to see the come up and not be involved is a slap in the face.

Did we fight hard enough for our neighborhood?

In my opinion, no. I’m guilty myself. They have probably been holding town halls for years and not enough people have attended. I guess they may have given up on it when the crime rate went through the roof. My neighborhood isn’t the only hub for renovation, the majority of the downtown Baltimore area is being revamped. You saw the homeless get forced out and you will see many black people in places like Owings Mills as Baltimore becomes a college and medicine town. The public transportation is even changing to the point where if you don’t drive you won’t even be able to get to the city easily or to the county.

The memories I hold from this neighborhood will only be that as everything that contributed to it will be demolished. I know a lot of residents are probably glad to be getting away from here, but I wonder if they understand what this means? We were finally given the pacifier of eviction from a neighborhood that we stopped taking pride in a long time ago.