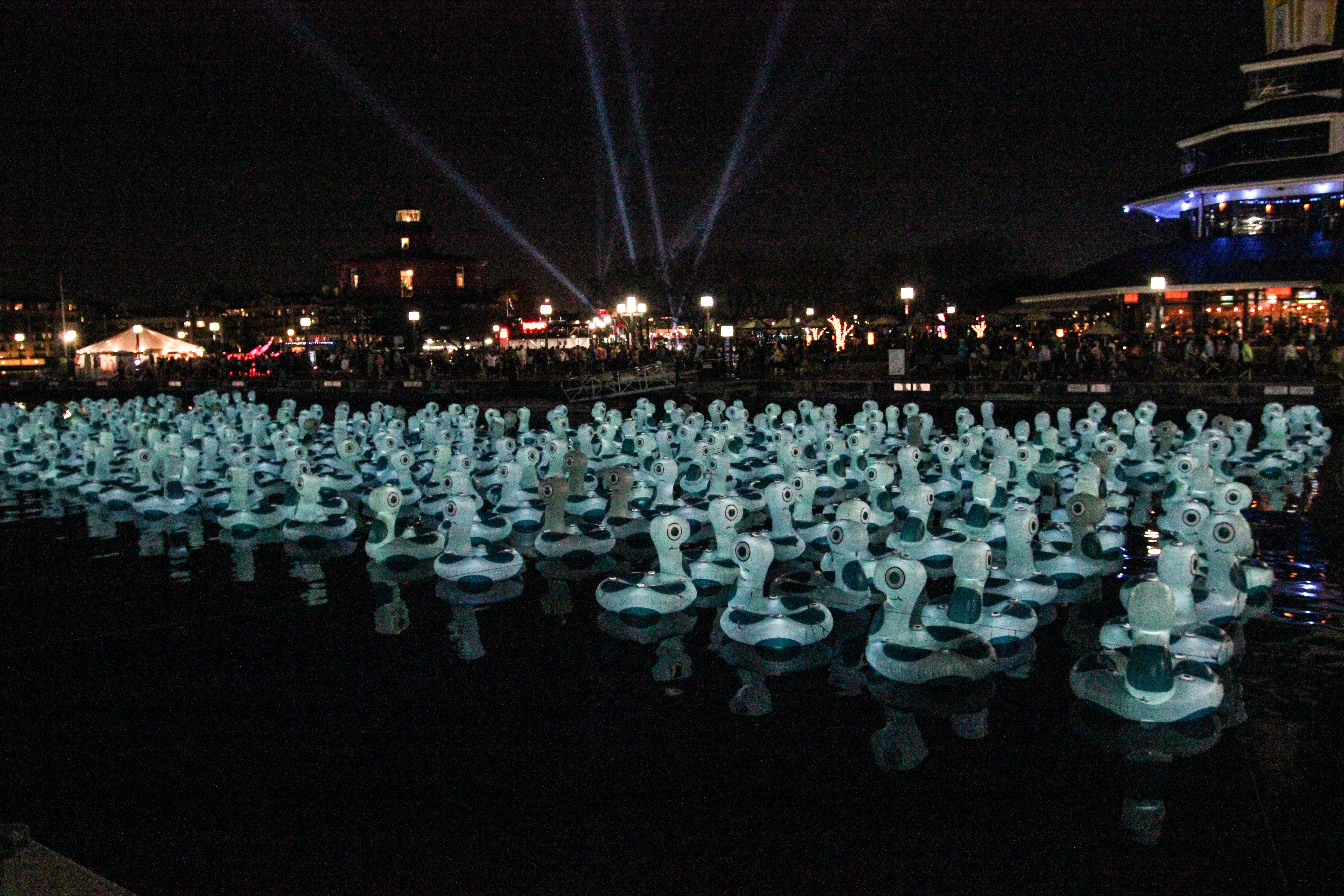 Amongst the smiles worn by the families and friends of Baltimore’s Light City Festival, a couple was an exhibit with a jubilant appearance, but a somber message. Walking past this exhibit in the daytime you would think something festive was going to happen with these flotation devices, but artist Kelley Bell had a different story to tell.

The Herd exhibit is is a cluster of 400 swim rings that are obviously visible during the daytime and give an aqua colored glow in the night. During our walk through the festival, I was able to catch Bell while she was explaining her exhibit to a group of festival goers. I already felt that the exhibit had a deeper message, but wasn’t sure of what it was. I asked her whether the swim rings represented the number of people who have drowned in Baltimore’s Inner Harbor this year. Bell confirmed that my guess wasn’t farfetched, but that wasn’t the purpose of her exhibit.

She went on to give a brief explanation about the current conditions of the harbor. If you live in Baltimore, you can not ignore the smell of Inner Harbor during the summer or the trash that erodes the boardwalk when water touches the land. It is barely healthy for the animals that live there and absolutely not healthy for human consumption or recreation. Bell put this together in tribute to the citizens of Baltimore who hope for a healthier city and a healthier water supply. The empty swim rings represent the people who could potentially be swimming in a clean Inner Harbor if the initiative is taken to care better for it.

What I liked a lot about The Herd is that although it wasn’t a huge attraction, it still stood out from the rest of the exhibits along the light art walk. Bell’s approach wasn’t provocative although environmental health is a serious issue that should be talked about much more than it is. She used a simple motif to represent a citywide and worldwide issue.